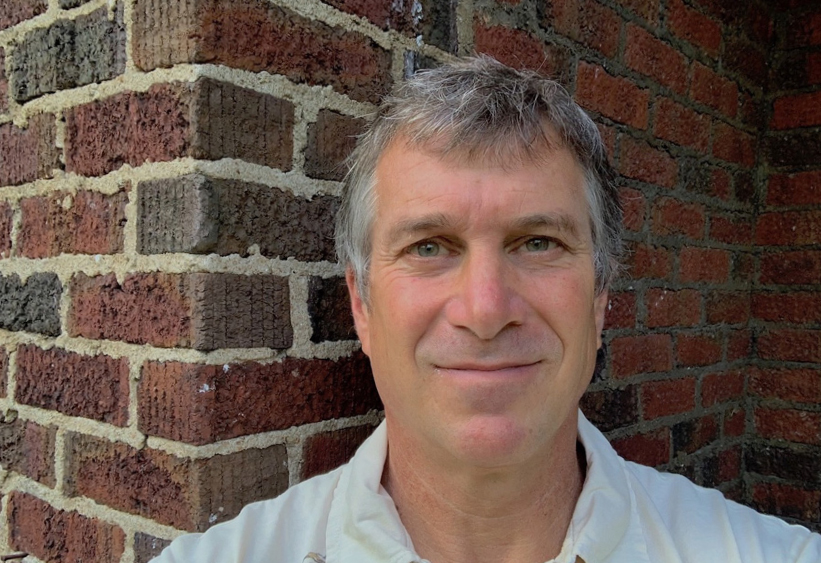 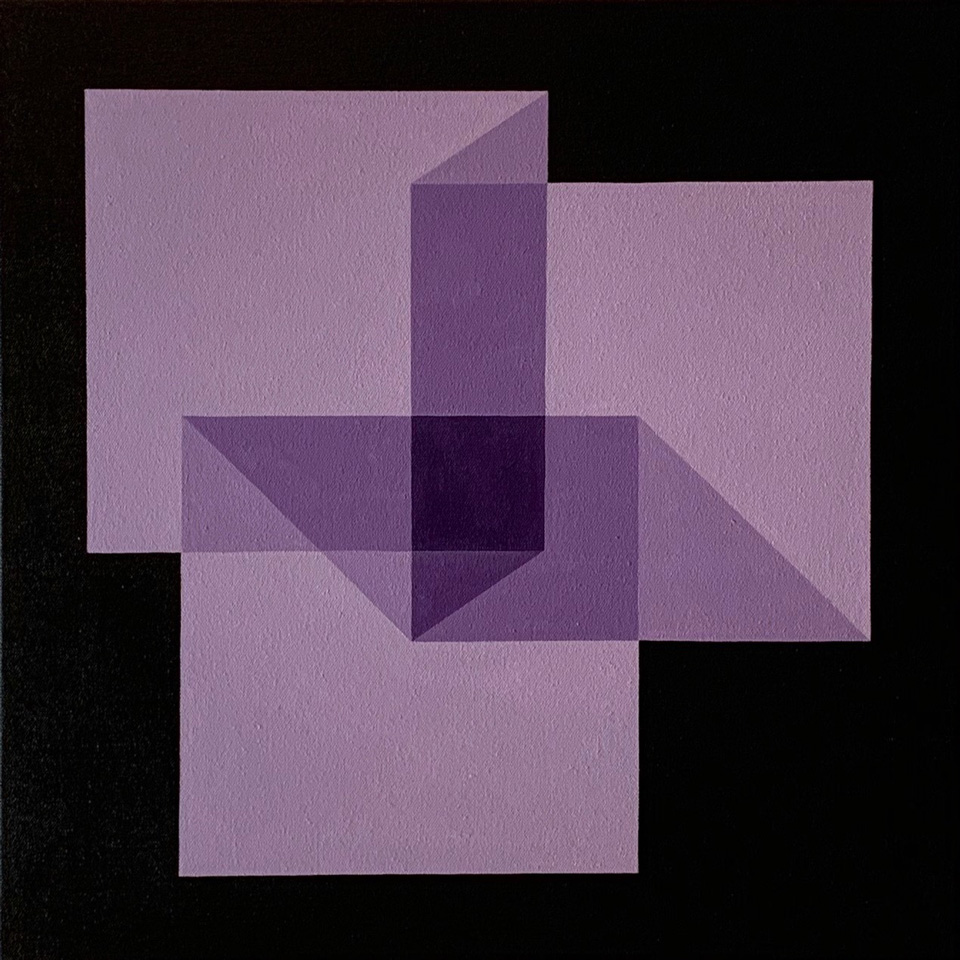 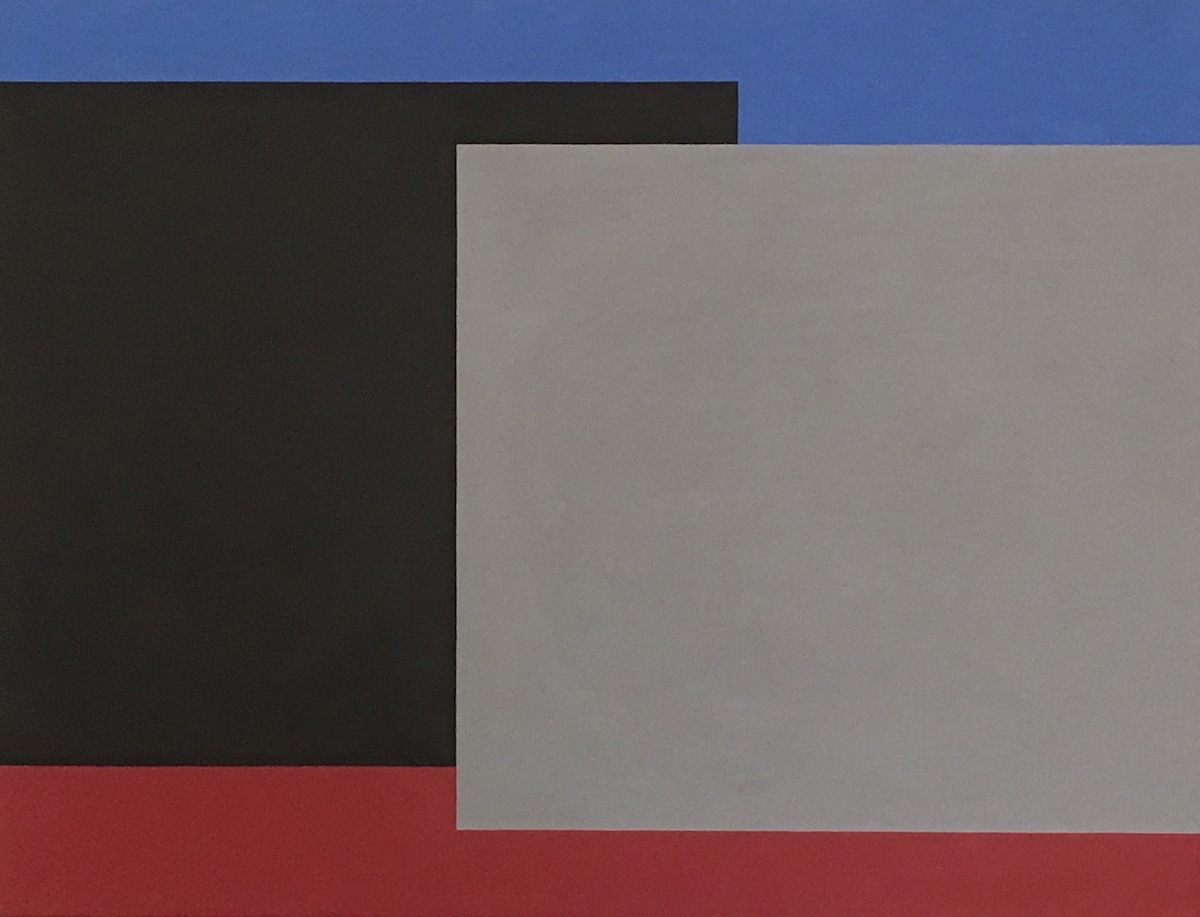 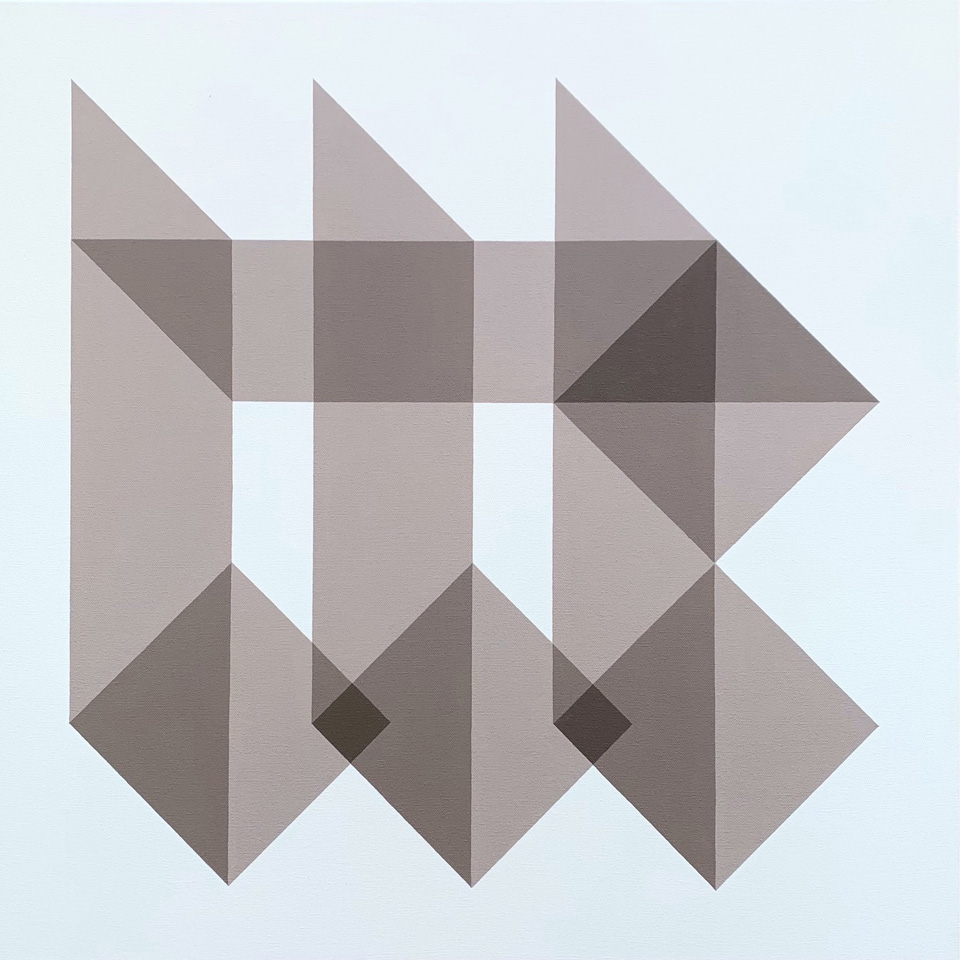 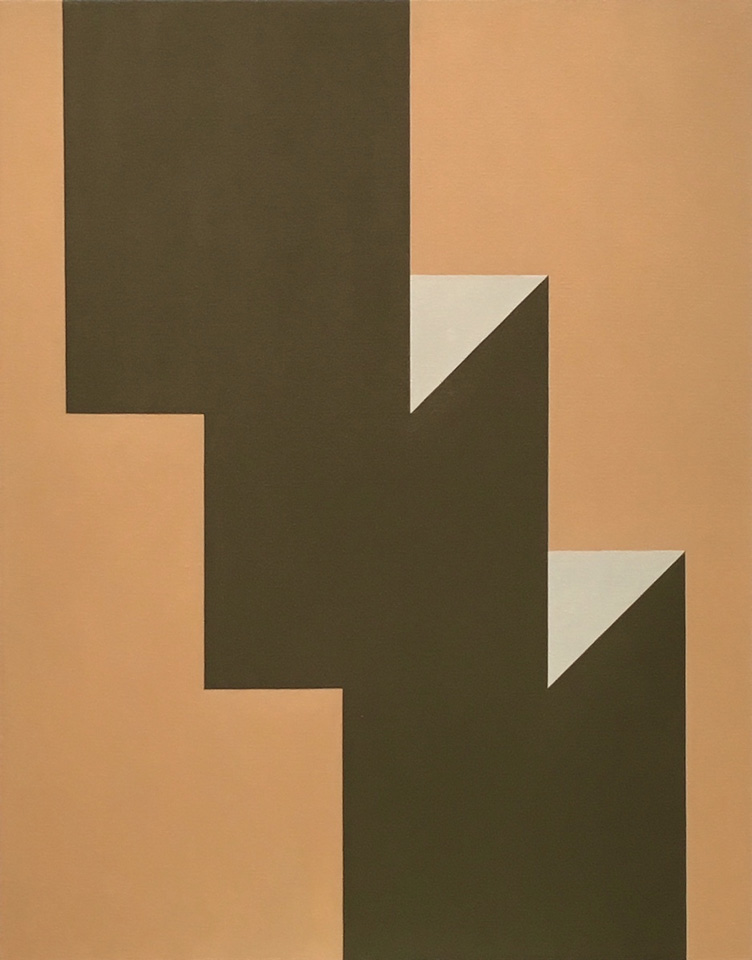 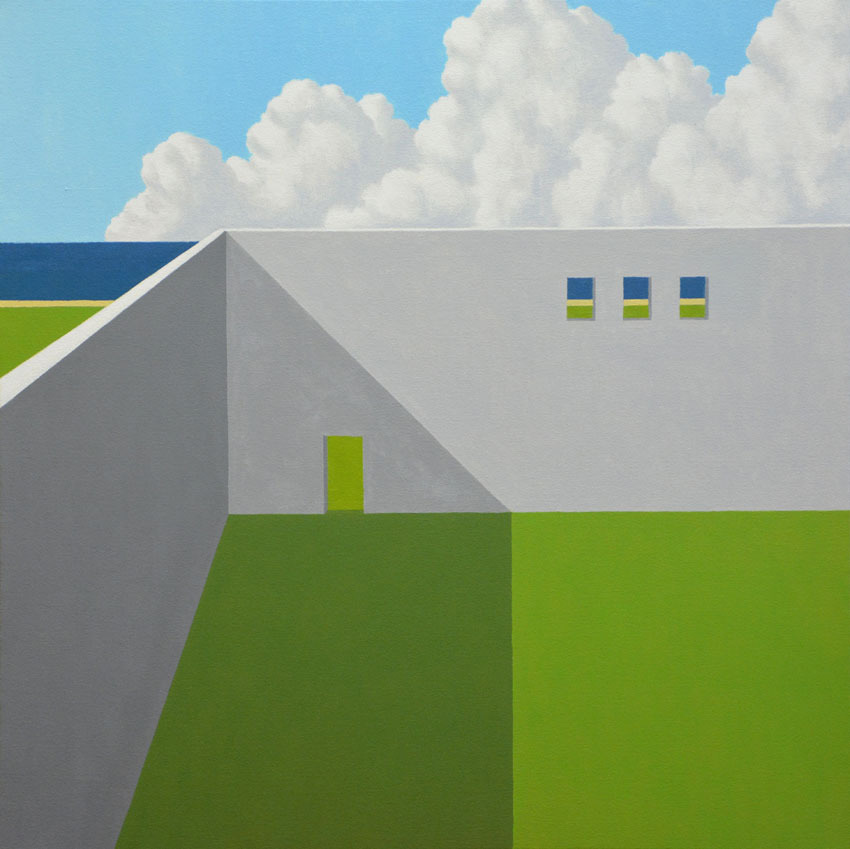 Ralston Fox Smith lives in Asheville, NC with his wife and two teenage children. He loves to explore the beautiful mountains, lakes and rivers nearby, and also watching the impressive play of his son and daughter on the soccer field. A creative-rich area, he is inspired daily by the artistic talent and history that surrounds him.

The path to my current work evolved from representational landscapes where geometry was expressed as natural elements. Over time, I became increasingly interested in the more abstract qualities inherent within these compositions, paring them down further and further to focus on the elemental qualities of line, form and color. The resulting non-objective work on canvas, in steel, and glass and light exemplifies my dedication to this oeuvre and brings clarity to my creative response to the chaos of our times.

Ralston Fox Smith grew up in New Hampshire and earned a BFA from Amherst College. After living in multiple cities and exploring their environs he continued his art studies at the Santa Monica College of Design, Art and Architecture. His love for painting developed in this "Black Mountain College of the West" under the collaborative teaching of Laddie John Dill, George Herms, Lisa Adams and Frank Romero. He currently lives and creates amidst the beauty of Asheville, NC, just down the road from the original Black Mountain College campus. He is currently represented by Tracey Morgan Gallery, Asheville, NC, and The Mahler Fine Art, Raleigh, NC.

Thank you! Your submission has been received!
Oops! Something went wrong while submitting the form.

We would like to get insight into how your work went through a dramatic shift in approach. While there is evidence of geometry in your early landscape work, there is a moment when you made a strong move to purely abstract work. At around that time it also appears that 3D sculpture became part of your repertoire. Could you share with us how these shifts in your approach came about?

My creative evolution is one, primarily, of intuition. Each body of work, over the years, is an exploration of an idea, or theme, which takes its course until something new (or even) old, something seen/experienced invariably comes to the fore and influences a new chapter. Sometimes it can be a single painting, or a sketch for that matter, that didn't fit with the current direction that could foreshadow a new vein. For example, my very early landscapes were quite simple and emotive as I expressed my brooding self in my garage near a busy intersection of Los Angeles. A single painting from that period, titled Ipswich, was a painting that portrayed my abstract desires long before I acknowledged them.

Less expressive and wonderfully quiet, this small square painting had three horizontal bands representing a body of salt water, shadowed and sunlit marsh grass, and the sky. As much as I connected with it (I had actually seen this image on a ride in my friend's hand-built dory in Ipswich, MA), artistically and mentally, I was not there yet. That simplification of experience would resurface many years later.

My landscapes took on different characteristics, after that first body of work, as I became more adept with my materials and color. They became more complex compositionally and coloristically, portraying settings that were very peaceful to me. They also became more "ordered", with groves of trees, hillsides or beaches of rocks and skies with groupings of clouds. Almost always abstract, in that they only existed in my mind, I liked them to be neat and organized while still feeling like an actual place. This approach encouraged my love of pattern and repetition to emerge, which in turn exposed the abstract and geometric forms inherent to nature. I continued to hold onto the landscape, but was experimenting more and more with the abstraction of such and starting to let go of the representational.

I am unsure of which painting I first added architectural elements to, but as soon as I crossed that line it was clear that my interest in abstraction was alive and well. A short series of three quasi-political paintings, False God, Sacred Gift, and Harvest in Green are clear transitional paintings with strong geometric forms within a representational landscape.
‍

They remain a few of my favorites because of the many levels of my art and self they represent. Although they contain many many "pieces" I could go within each painting and see the powerful presence of each individual form and the simple line and color that made it so. Soon to follow was the increased departure from landscapes and the embracing of pure abstraction, with a nod here and there to the natural realm.

This ultimately led to my present geometric abstract work. Clean, colorful and a simplicity that belies life's complexities. My effort to pare down the elements and focus on form, line and color resulted in this illusionary, monochromatic work.
‍

The majority of the work happens in the sketchbook, trying to decide from numerable sketches which one feels right. While figuring that out, the idea of the sculptures came up alongside to satisfy my curiosity as to how a two-dimensional illusion of three dimensions would look as a flat sculpture.
‍

Although new to sculpture (at least since high school thirty plus years ago) and delegating processes, I am quite pleased with the result of my curiosity. The sculptures were also inspired by the desire to add another dynamic element to my solo show here in Asheville last year. This body of work, as a whole, feels like a compilation of all that came before them, succinctly expressed. To me it is obvious, and I hope those that know my work or peruse my evolution via my website, can see it as well.