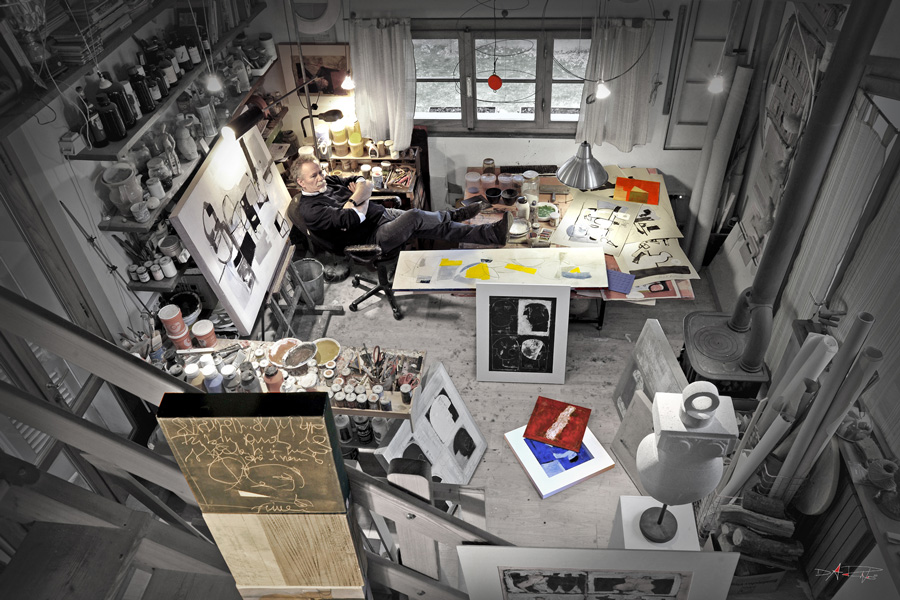 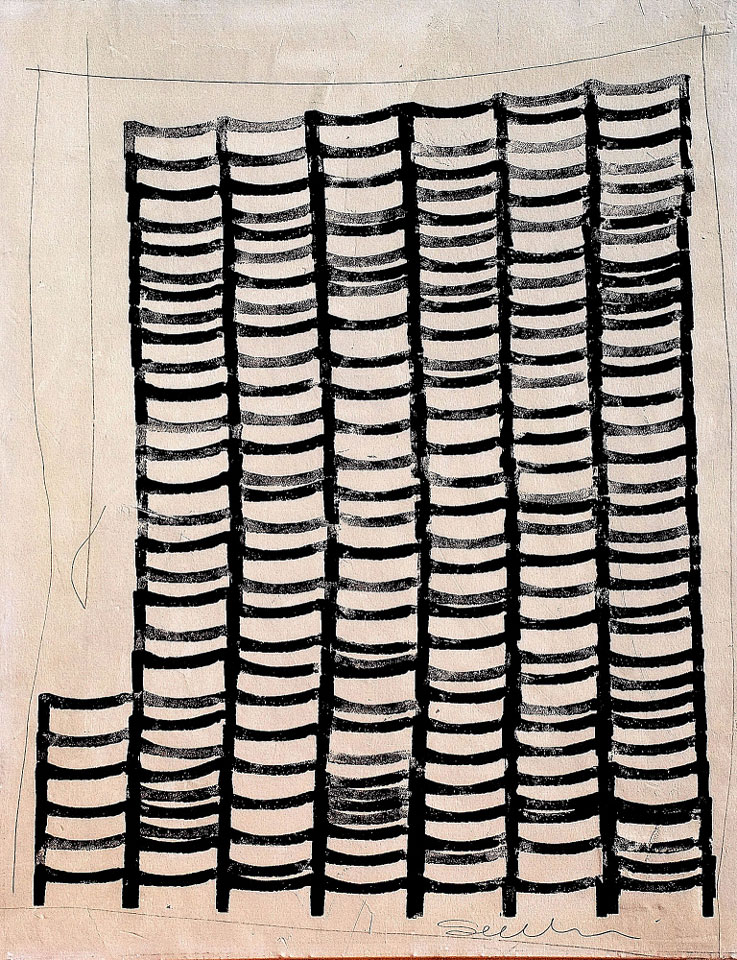 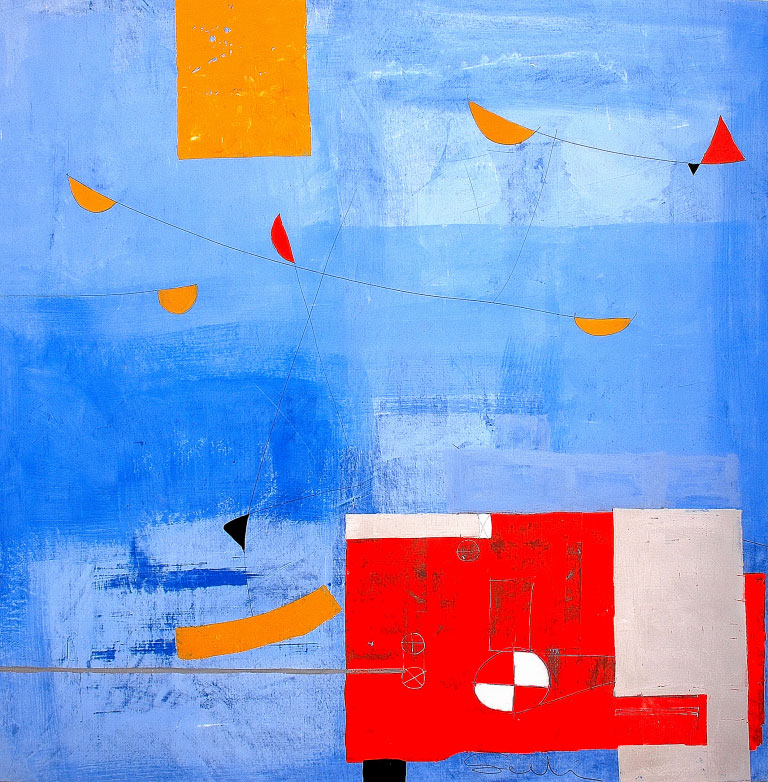 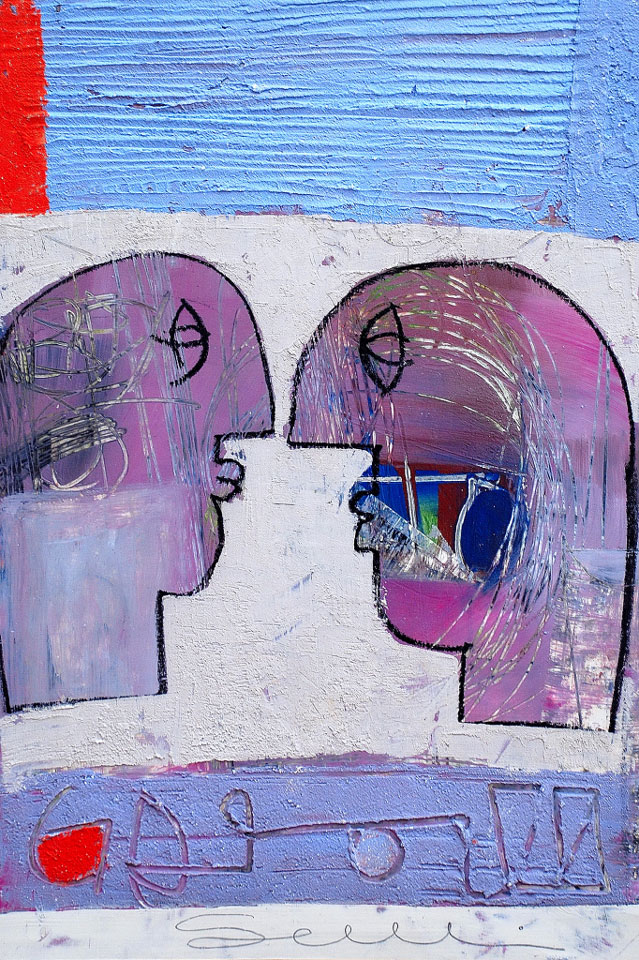 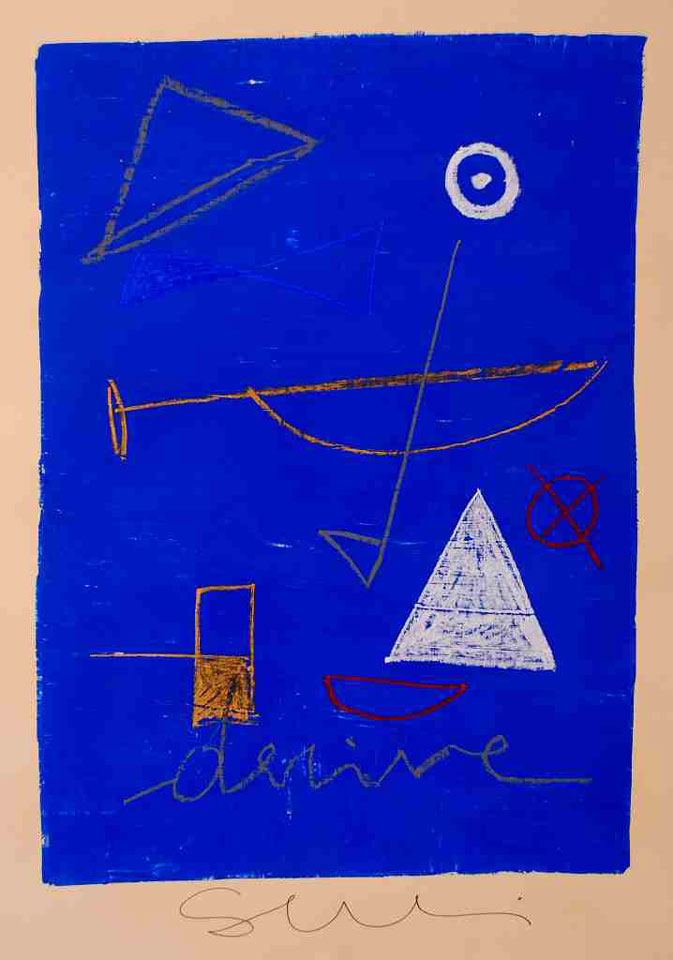 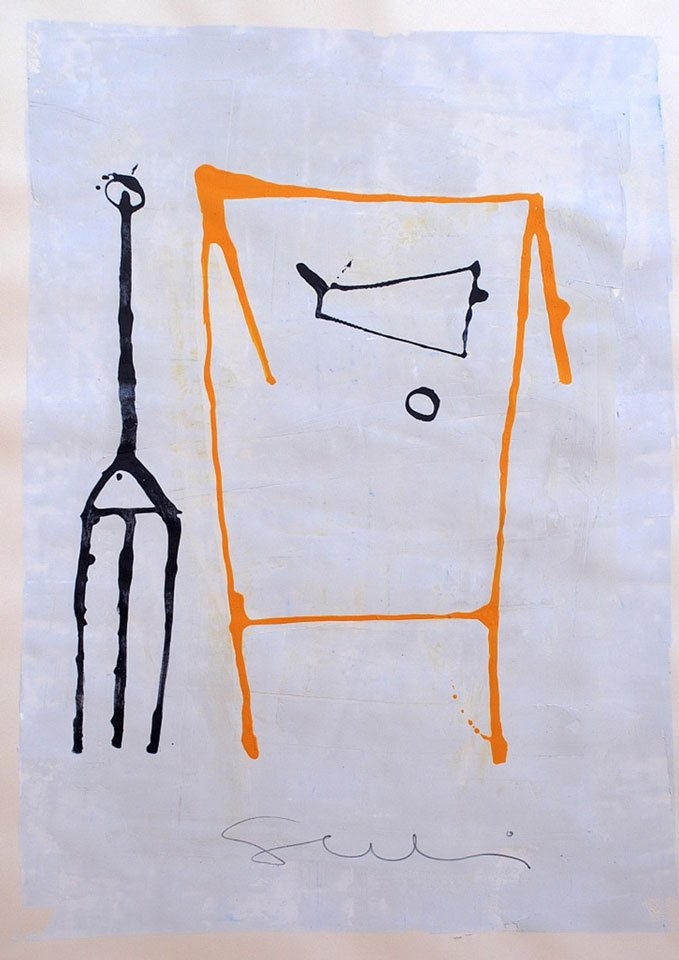 Marcello Scarselli lives and works in Bientina, Italy. He was born in Santa Maria a Monte in 1953 in the province of Pisa. He graduated from the State Technical Institute of Pontedera. He attended courses in drawing, carving and subsequently in engraving at the International School of Graphics) “Il Bisonte” in Florence. His artistic career began in the 1970s, taking part in several collective exhibitions, as well as in the lively aesthetic debate in the same period. Critical for his vocational training were friendships, meetings, and cultural exchanges with several Tuscan artists.

I began my career focused on realist representation and then turned my intent to the rendering of an idea of the "real" rediscovered internally by way of memory and intuition, and expressed through the continuous experimentation of avant-garde techniques and subjects. I work in the abstract, with sign gestures, and welcome into my works a youthful dreamlike exploration.

Marcello Scarselli's work as a painter has increased during the years through constant exhibition activity in Italy and abroad (Austria, Belgium, Germany, France, Switzerland, Portugal, England, Croatia, Japan), with wide-ranging solo exhibitions, such as  at the “Maison d’Italie” (Cité Universitaire) in Paris and at the “Foire de Nice” (Fair of Nice), by invitation of the Italian Chamber of Commerce in France.

Sculpture is also an important part of Scarselli's practice. In 2002 he made a bronze bas-relief depicting the Vittorio Emanuele square in Bientina. In 2016 he made the monumental sculpture "Pinocchio and the game of the circle" (h. 3.90mt) in Corten steel positioned in San Miniato (Pisa) and in 2019 a monument to Sanminiatesi fallen on the job "Work, Salary, Dignity, Freedom" in the municipality of San Miniato in the province of Pisa.

Among his works, we can mention some art labels for fine wines produced in Bolgheri, created for the exhibition “Versilia Wine Art”, organized by Lodovico Gierut.

In 2011, the english critics selected him for an international exhibition at the Royal Opera Arcade – Pall Mall, in London.

In 2012, he painted for the Municipality of Pontedera “Omaggio a Renzo Remorini” (A Tribute to Renzo Remorini) − hosted at the Centro La Badia (Centre “La Badia”).

Some of his works were also the subject of locations for advertising photo shoots, such as the Del Tongo/Delta Group’s commercial catalogue “Dream design” (2006) and the catalogue Soggetto-Oggetto (Subject-Object) Art (2012).

He is included in the catalogue of the 2011 and 2012 edition of the Enciclopedia d’Arte italiana (Encyclopedia of Italian Art).

In 2012, Marcello Scarselli was one of the main artists at the Rita A. Dollmann’s photographic exhibition “Lo spazio e l’artista” (The Space and the Artist) – last act of the reportage made in the art studies and hosted at the Ginori Castle of Querceto in Montecatini Val di Cecina (province of Pisa).

In 2013, there was the remarkable traveling exhibition – organized by Giuseppe Cordoni and Filippo Lotti, “Humanitas Machinæ (il lavoro dipinto, the painted work)”, with stopovers at Medici Riccardi’s Palace (Florence), at Medici’s Palace (Serravezza en province of Lucca) and at the Museo Piaggio in Pontedera (province of Pisa),

In the context, a rich art catalog was published by Bandecchi & Vivaldi in Pontedera, in which there are testimonies of writers such as: Massimo Dalle Luche, Alberto Bellocchio, Umberto Piersanti.

In 2014, after the collective exhibition “Il Muro – 25 anni dopo (The Wall, 25 Years After)” at the Embassy of the Federal Republic of Germany in Rome, he donated one of his works, to commemorate the fall of the Berlin Wall. In the same year, the cover of the book of poems “Strana-mente distratti dalla vita (Strange-ly Distracted by Life)” by Italo Zingoni bears the representation of one of his works – and some of his paintings are included in the work book.

In 2015 "Ignis" (My gesture), was organized as a great exhibition at the Museum of Pretorio Palace in Certaldo, in province of Florence with San Lorenzo House of Art Gallery curated by Roberto Milani and Filippo Lotti, and with the patronage of EXPO-Milano 2015.

In 2015 he participed in the art week in Sardinia in the resorts with the San Lorenzo Art Gallery. In the same year the prestigious collective "Expo Arte Italiana" was organized at Villa Bagatti Valsecchi in Varedo (Mb) curated by Vittorio Sgarbi. In the same year "The perfume of the wind" was curated by Catia Monacelli and Filippo Lotti in the Monumental Church of San Francesco in Gualdo Tadino in province of Perugia.

In 2017 the exhibition at Del Pegaso Palace, in Florence, headquarters of the Tuscany Region, was curated by Riccardo Ferrucci.

In 2018 "Symbola” exhibition in Rome at the Simmi Gallery was curated by Luca Nannipieri; in the same year  his anthological exposition was organized at the Museum Priory palace in the city of Volterra in province of Pisa. In october 2018 he was invited to Tokyo in Japan where he exhibits at the Tokiù Plaza in Ginza with "The noise of the Earth".

In 2019 he e presented his works in the exhibition "Wireless puppet" at the Fondazione Parco Di Pinocchio, in Collodi in province of Pistoia, and, subsequently, in "Lu.C.C.A" Lange & Underground Museum in province of Lucca  curated by Maurizio Vanni and Filippo Lotti.

He participated in “Leonardo 50.0” promoted by the Association VivaVinci in collaboration with Fuoriluogo, organized by House of Art San Lorenzo and curated by Filippo Lotti with critical intervention by Ivan Quaroni in the city of Vinci in province of Florence.

He has participated in various international art fairs, in Innsbruck and Lugano with Sincresis Association by Alessandra Scappini, and also in London, Bolzano, Nice.

Many of his works appear in museums, public and private collections.