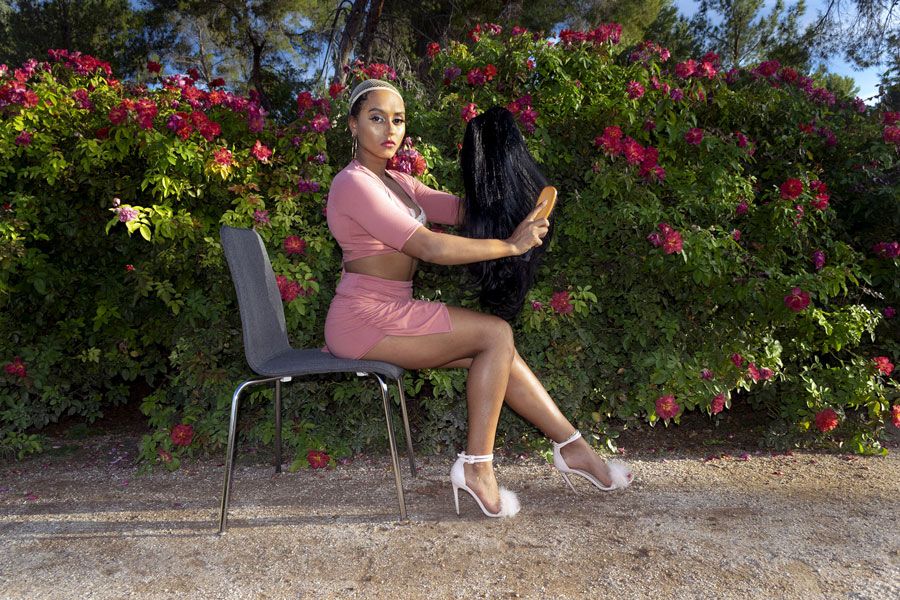 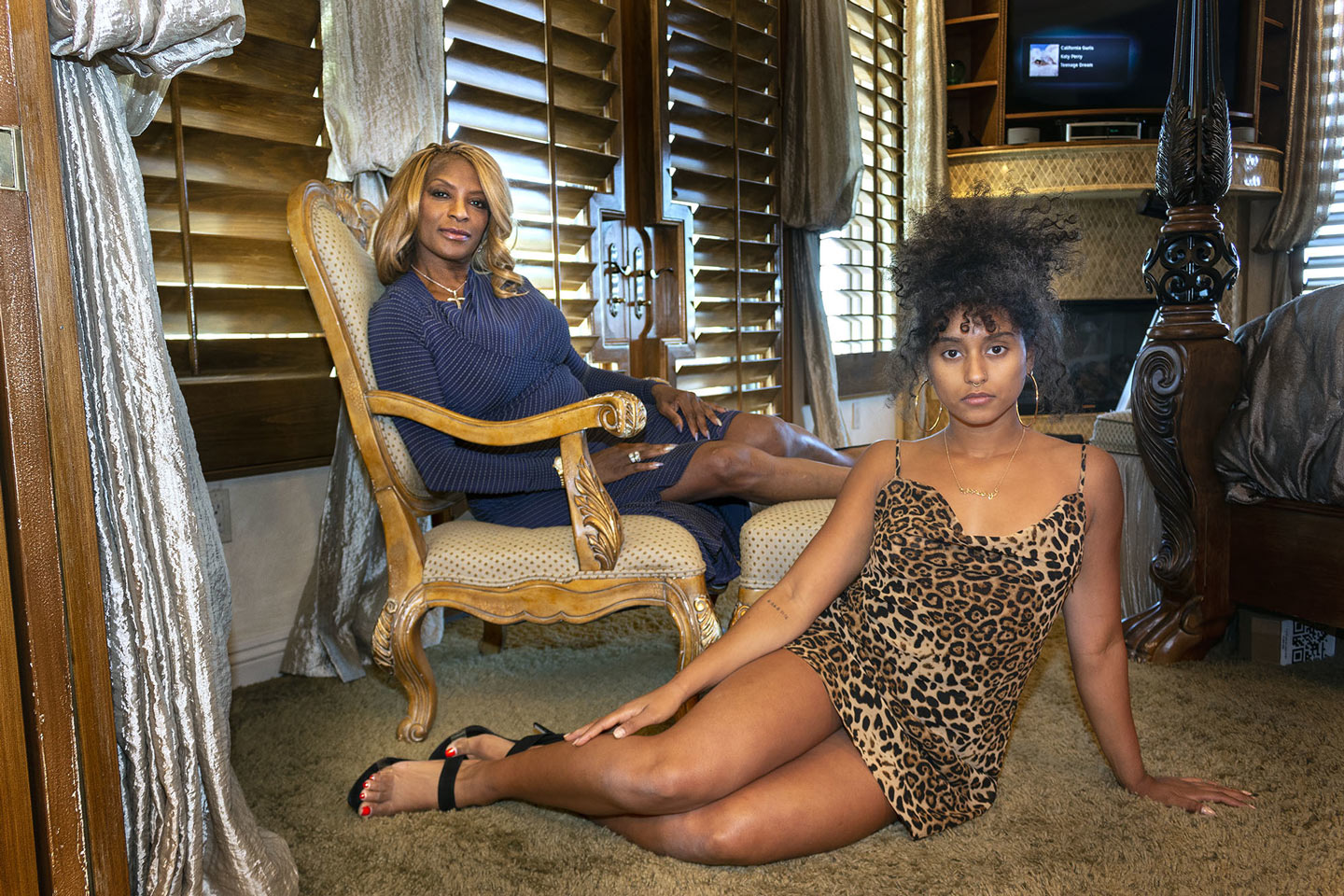 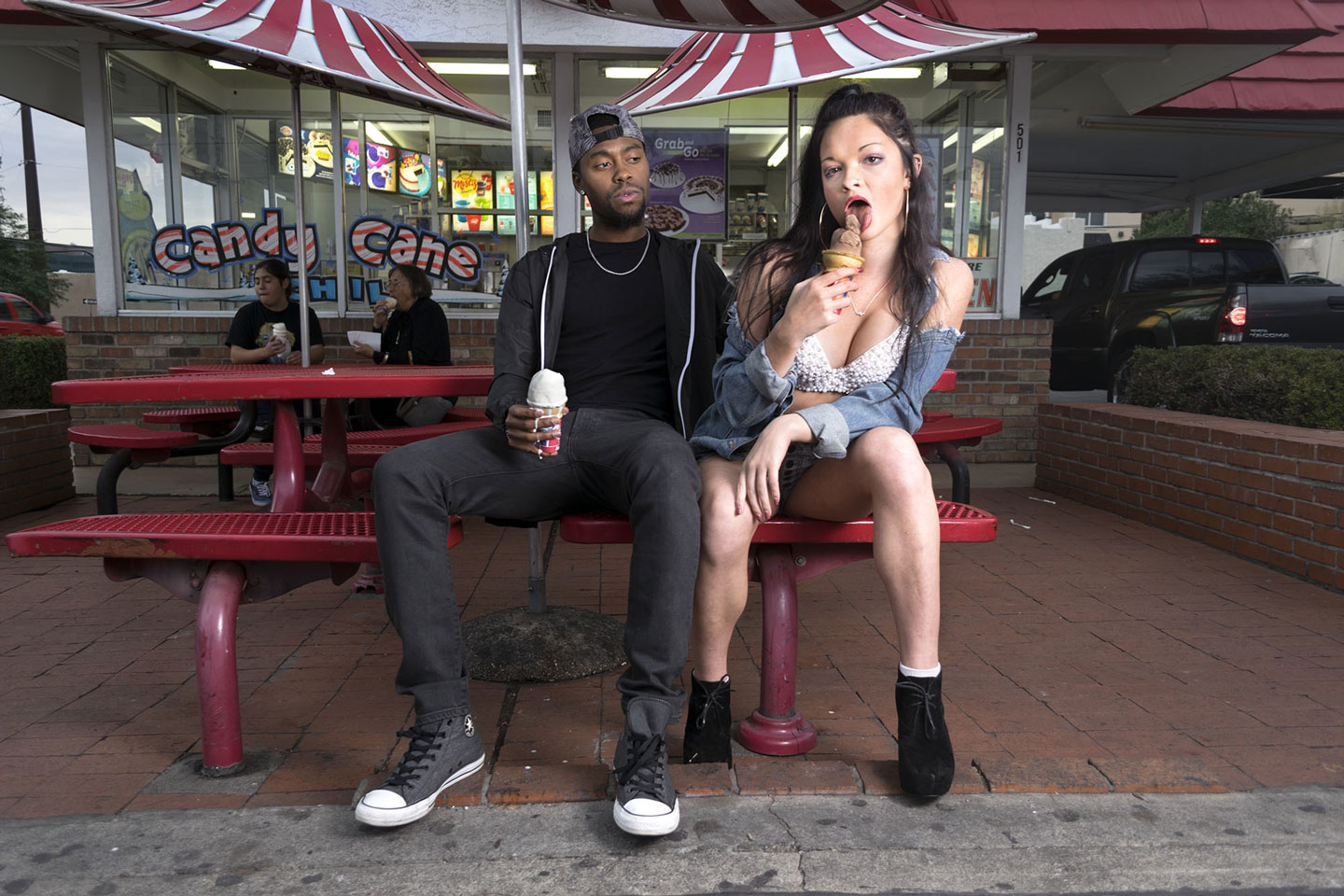 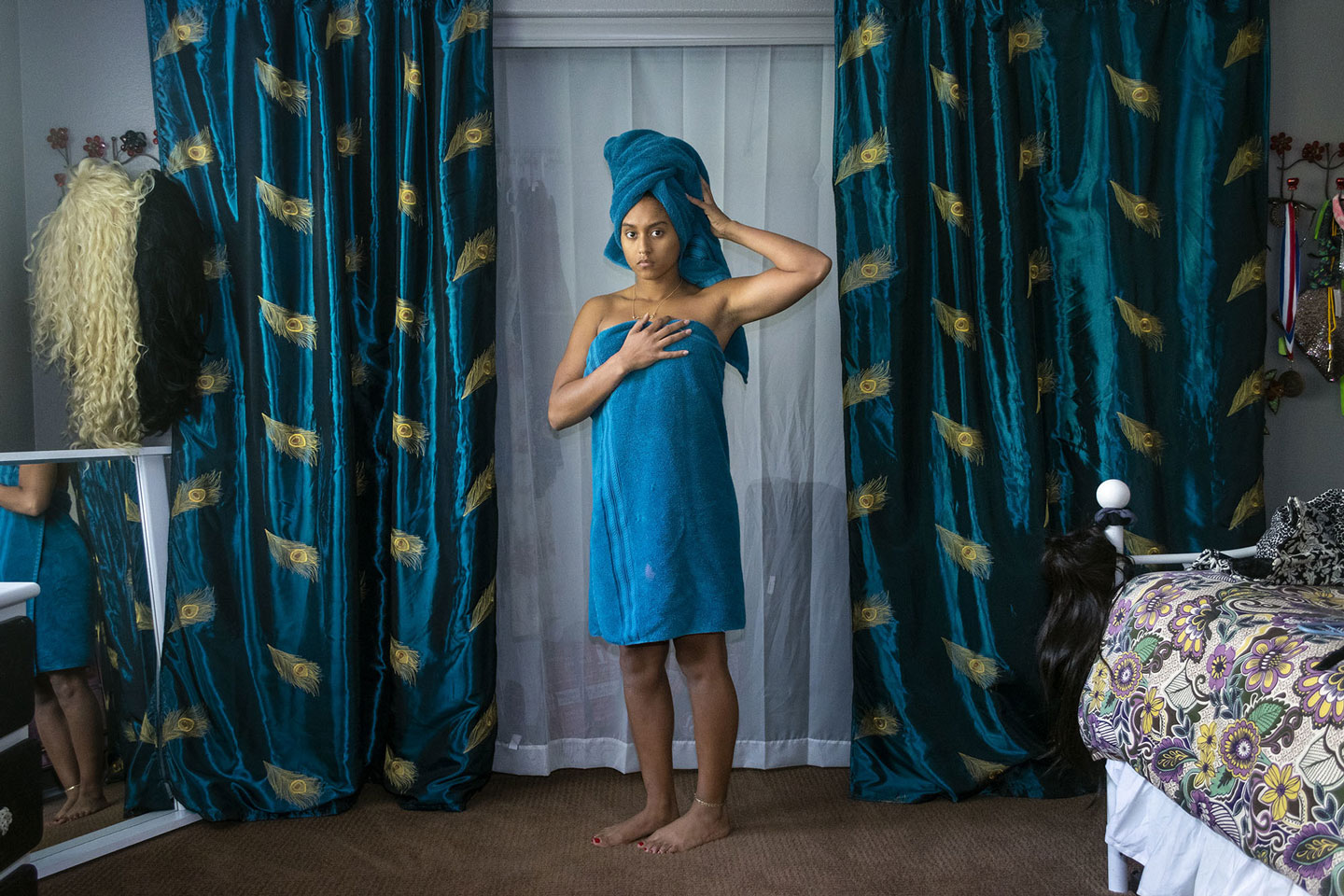 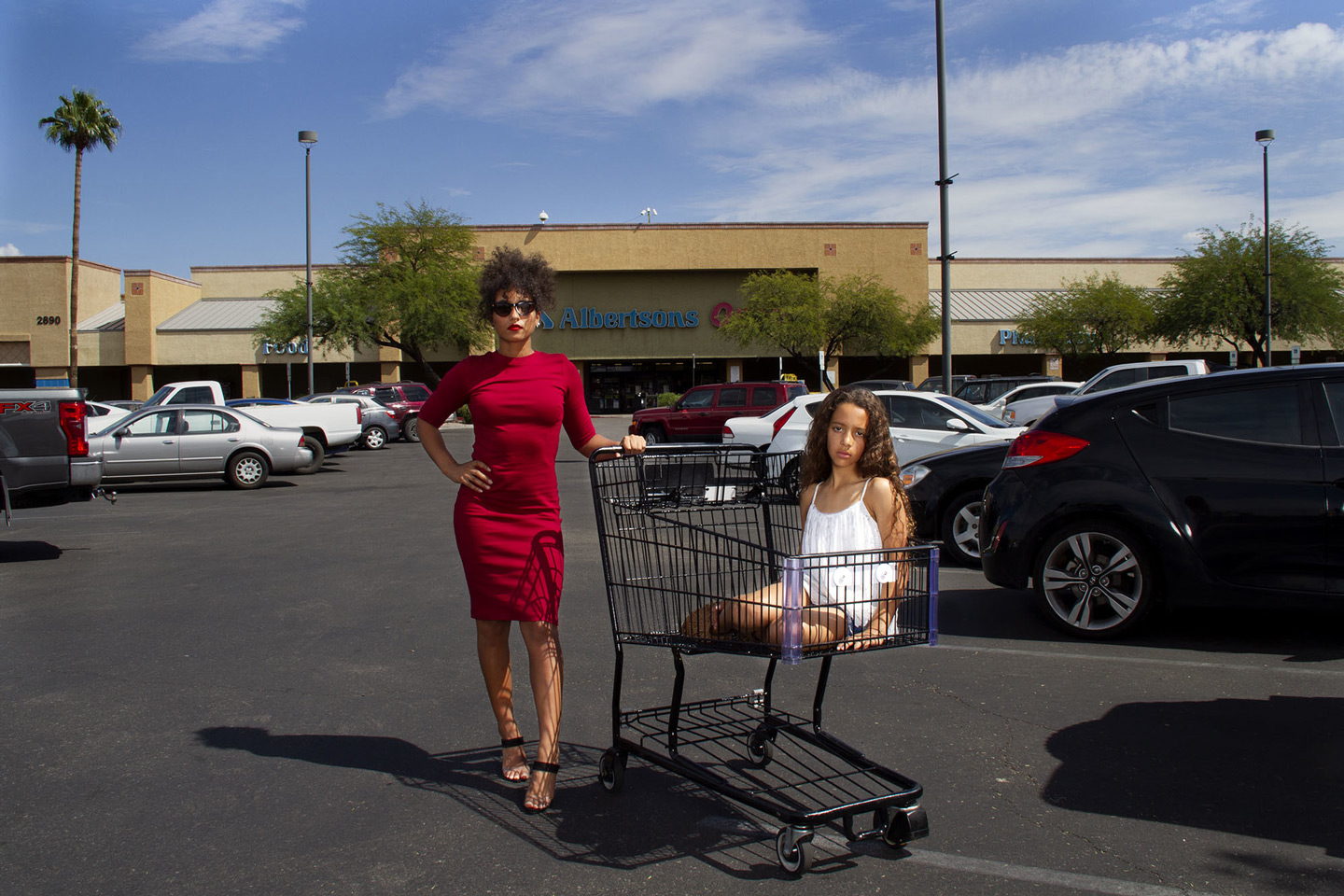 Kennady Schneider is a photographic artist living and working in Los Angeles, California. As a recently retired NCAA Division 1 athlete from the University of Arizona in Tucson, Arizona, her work is highly influenced by her experiences as an African American woman navigating through the sports entertainment industry. Exploitation, Black feminism, untold narratives, and the tracing of history are all themes that Schneider explores through her highly performative works.

As a Black, Generation Z, woman living in the U.S., I have had to navigate my life through social stereotypes that often create preconceived notions about who I am, and how I function in society. These stereotypes have been fostered and implemented through a long history of the dehumanization of the Black Race. Today, these stereotypes are still extremely evident, and they are perpetuated through the mass of visual media that we are inundated with on a daily basis—through the new visual language of social media. With my generation’s main form of communication, comes change in social representation, and change in the vernacular associated with these representations. In the series titled #Black, I simultaneously enforce and reject generational and historical representations of Black people by creating satirical and challenging tropes through photographic images. These portrayals are highly influenced by the dialect of Black Social Media and Hip-Hop culture—they introduce hashtags and broken acronyms into the encyclopedia of vapid expressions that dictate how Blacks are confined to extremely narrow social implications. Through my creation of these characters that are all-to-familiar “Black-faces,” within my photographic series #Black, it is important to recognize and pay tribute to our past as Black peoples, while at the same time rejecting the trite categorizations that systemic racism has attempted to effectively diminish us to.

Most of my experiences have also unfolded within the realm of a predominantly white sport. As of 2008, USA Gymnastics has consisted of 6.6% black participating athletes. My work reflects on my experiences as a Junior Olympic athlete as well as a Division I collegiate student-athlete.While racism is experienced throughout all faucets of life, gymnastics has provided a filter through which I have experienced numerous cases of subjugation and belittlement. What strikes me most is my willingness to engage a complicated relationship with the sport because of my competitive nature, an upbringing through which goal-setting and dedication was emphasized, and my love of gymnastics. I have no doubt that I have had to compromise who I am (physically and emotionally) more than athletes of other racial backgrounds (read white) in order to succeed within the sport. I aim to magnify the struggles I have with identifying as aBlack woman while constantly being surrounded by representations of whiteness as the ideal gymnastic figure. Through performance-based video pieces, I reference my Black heritage in order to illustrate the tension between being an elite athlete while maintaining my black identity. This body of performance-based video work emphasizes the complex relationship I have with my teammates, my Black coach, and how I maintain myself in a world where black is not a “Perfect 10”.

Schneider is a current MFA candidate in photography at UCLA.