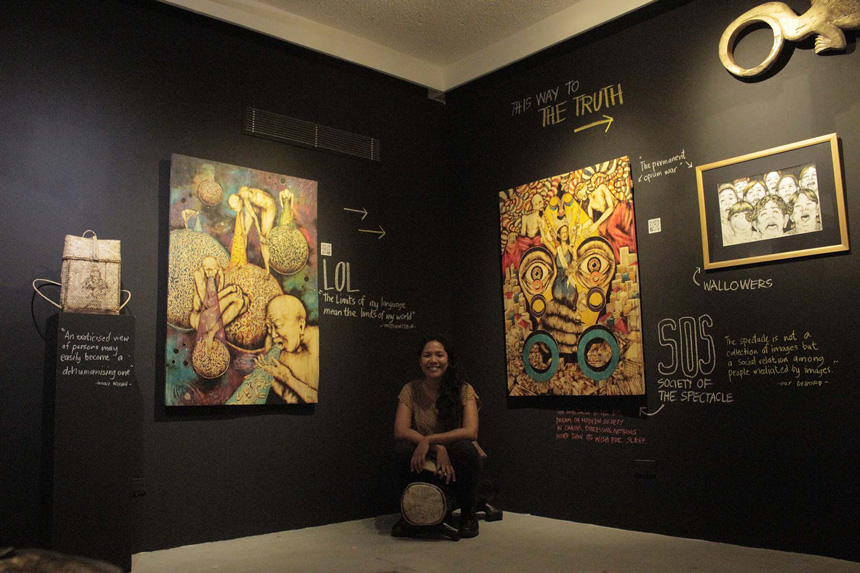 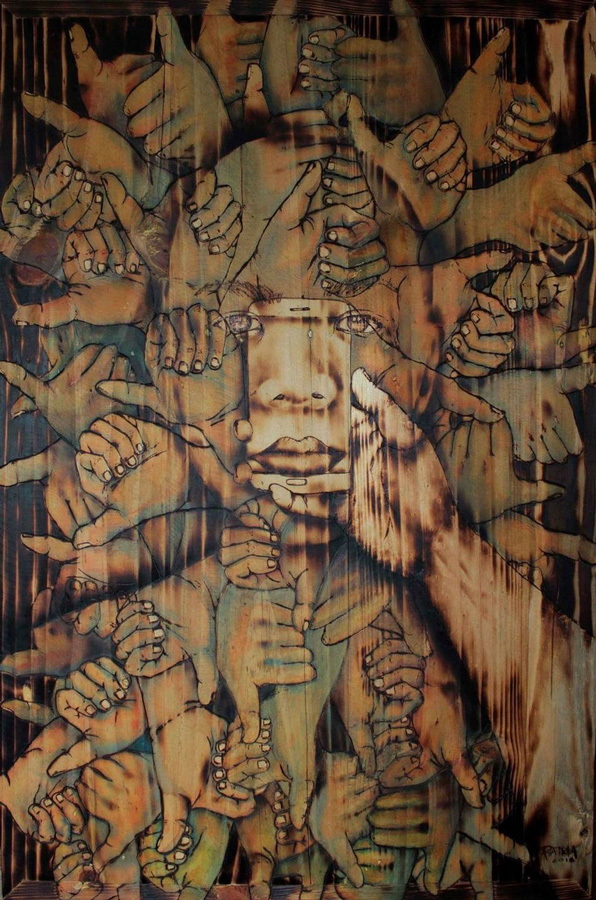 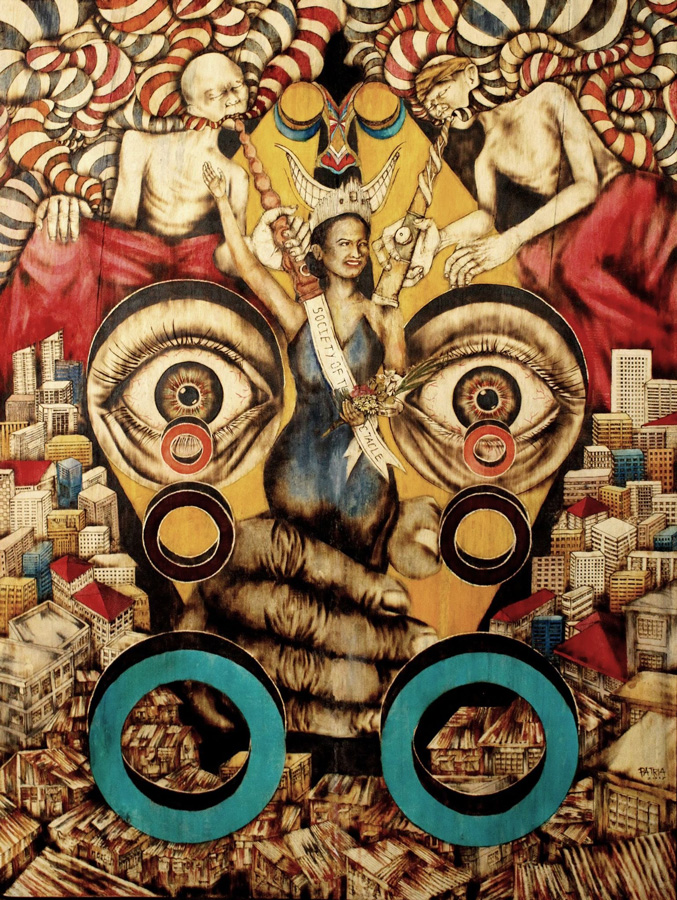 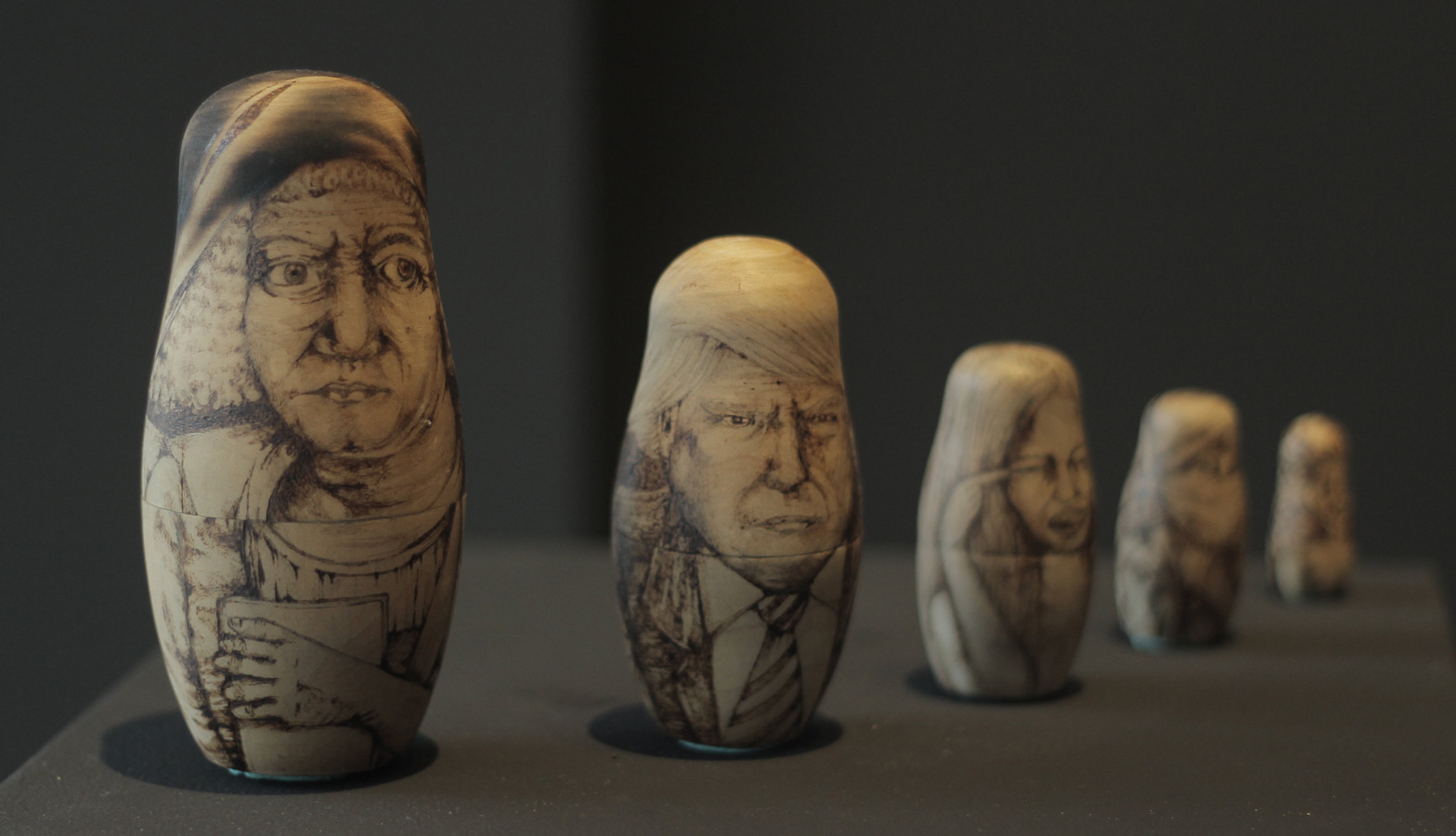 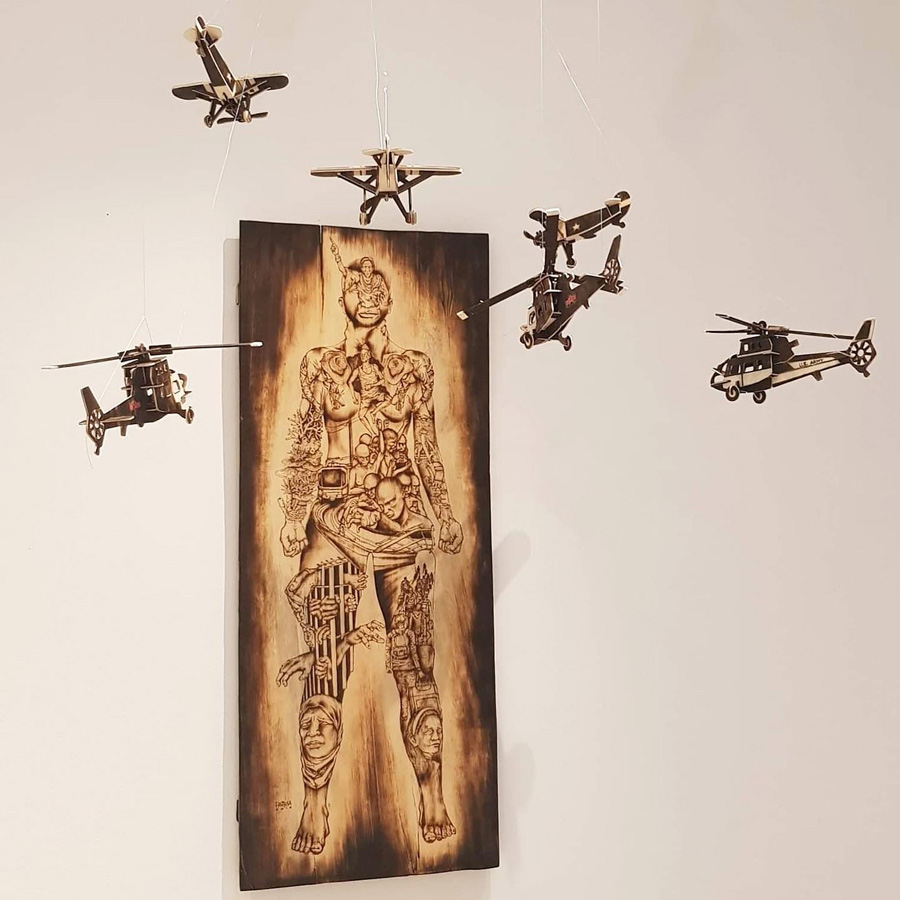 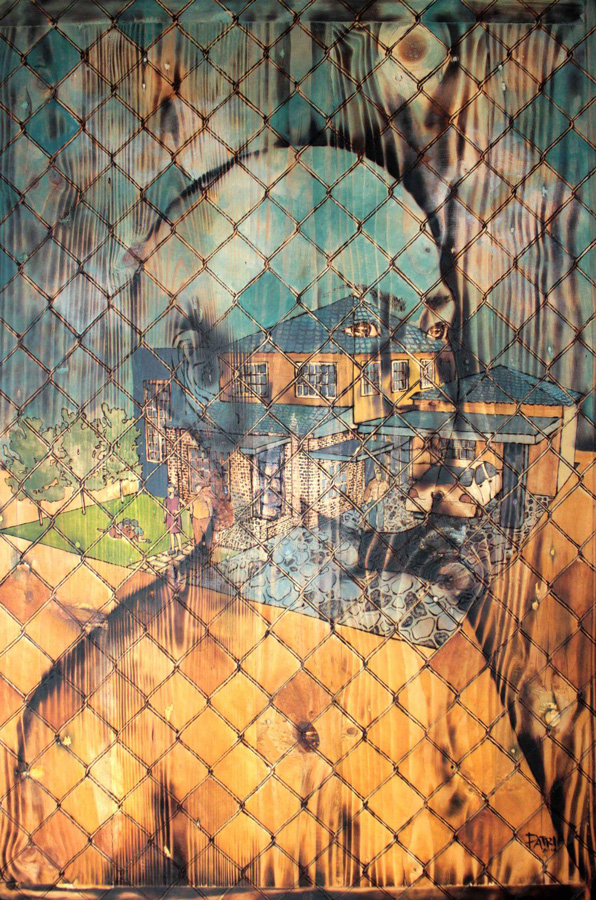 Iya Regalario is based in the Philippines. Her work centers on wood pyrography, illustration, installation and public art. Her work is an expression of socio-political and cultural environments that shape her identity as an artist. In her art practice she strives to maintain a balance between studio work, research and her community weaving into her pieces concepts around philosophical thought and current social issues. Regalario has had several solo and group exhibitions in the Philippines. She is active in bringing art to the people by creating public art projects (Sulô Projects) and illustrating independent comic zines.

Regalario had her first solo exhibit entitled Don’t Forget to Breathe in 2014 at Altro Mondo Contemporanea, which was followed shortly after by De Anima in Kaida Contemporary. Her next solo shows were Purveyors of the Preferred View (2017) and Naïveté (2019), which were held in Altro Mondo and Metro Gallery, respectively. She has also joined several group shows in the Philippines.

Regalario believes that collaboration, public art and community are vital in developing one’s identity as a Filipino cultural worker. She has participated in several art festivals in the Philippines including Malasimbo Music & Arts Festival (2013-2016), Manila Biennale (2017), andt he Ibagiw Art Festival (2019) among others.

She is one of the co-founding members of comics collective, Malantot Komiks, where she illustrates and writes as her alter-ego Amor Propio. In 2018, she teamed up with Baguio-based visual projections artist Goose Industria to form Sulo Projects to create projection-mapped murals in various public spaces in the country.