The painting “Arbeit macht frei “(Work sets you free) 1945 -2020, was begun in January of 2020, 75 years after the liberation of Auschwitz and three months before the Corvid lockdown began. The initial impetus for the work was to contribute to the memory of an event that embodies feelings of inexplicable loss as a consequence of incomprehensible evil. That memory (and those feelings) currently seem under attack on multiple fronts including a resurgence of anti-Semitism, attacks directed at certain groups of peoples (i.e. immigrant or non-whites or non-Christians) as well as the use of toxic political rhetoric to dehumanize them.

On one hand using this event in an abstract painting might obscure the origins of the imagery and risk trivializing both the feelings and the memory. On the other hand, if the work could address some feelings of loss that the Shoah engenders in me while remaining respectful of such a difficult event it might engender similar feelings and a memory of those feelings in others.

Researching the artifacts for this work was hard. Painfully graphic photographs were examined, including the haunting images generated by Henryk Ross as presented in a 2017 show at the Boston MFA. My childhood memories of questions generated after meeting and talking with people who had numbers tattooed on their arms returned. In addition, visits to Museums and Memorials in America and Europe over the course of a lifetime, plus books and articles, provided experiential resources.

The work on the piece slowed in the late spring and I had commenced working on a series of paintings drawing on themes generated by Shakespeare’s play “A Mid-summer Night’s Dream”. This counterpoint to “Arbeit macht frei “provided some relief from what had become unresolved and perhaps is unresolvable. By early summer we were in full lockdown mode.

This particular painting feels unsettled to me as the event it is intended to address is unsettling. The painting and the theme have only become more relevant given the current condition of our post World War II world, especially in our country. As Howard Fast once pointed out,” Americans have no sense of history. And not much memory. They don’t remember what happened yesterday” and we are experiencing the consequence of this national characteristic today. As with other artists who have addressed this theme (for example Gerhard Richter’s installation Birkenau emerged only after multiple attempts over many years) time is important. Ed Ferszt 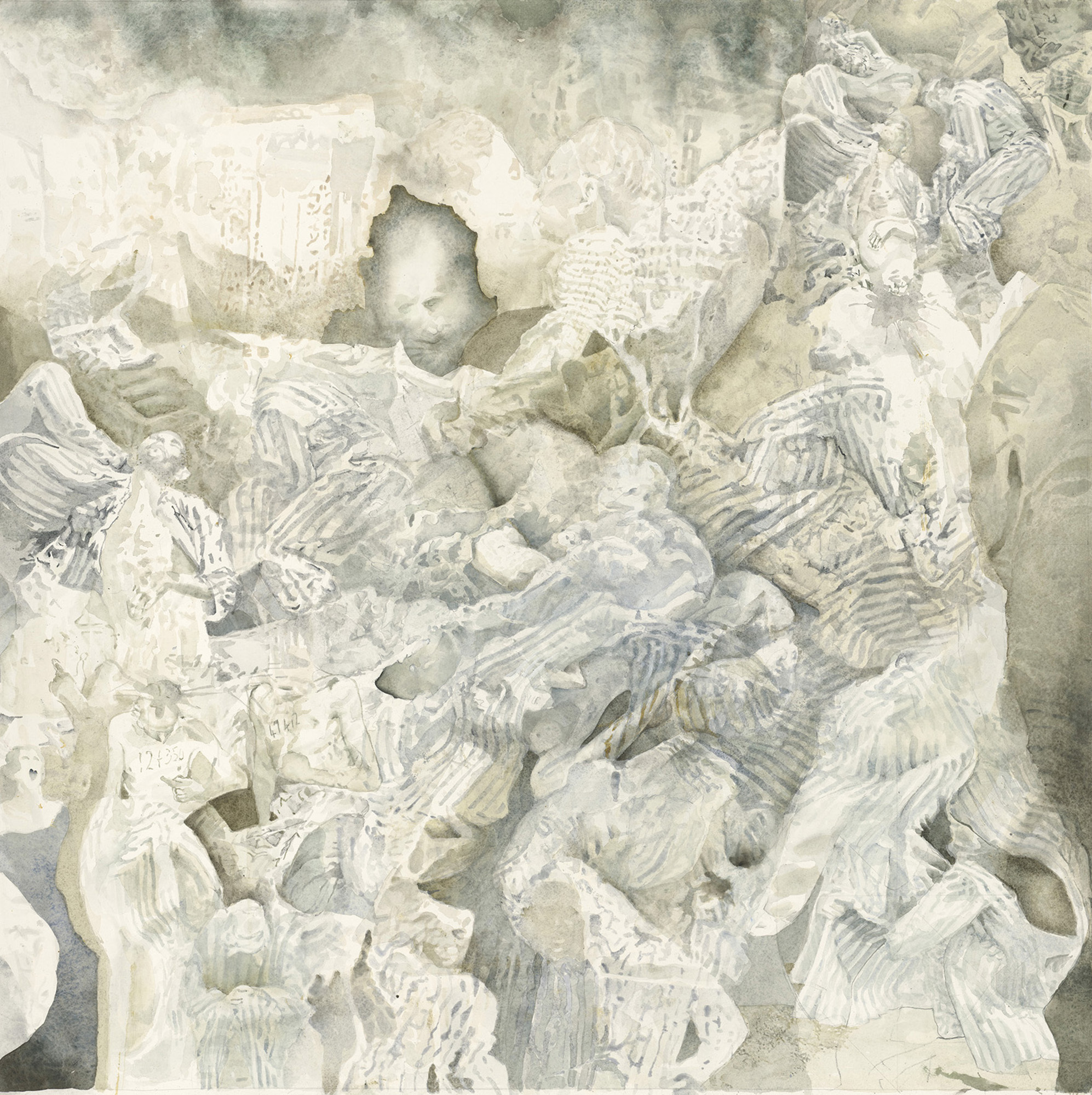